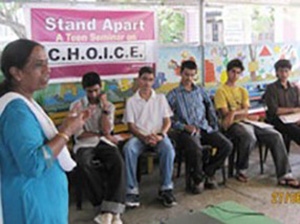 Faith2Share member Interserve India is celebrating a week of prayer for global missions (1 -7 March) to commemorate Interserve Ministries’ 164th Anniversary. On 1 March 1852, Interserve began its work in Calcutta under the name of Calcutta Normal School with the aim of reaching out to women in zenanas (private apartments for female family members). Since then it has initiated educational work among women and children and founded some of the first blind schools, orphanages and schools in the country. Items for prayer throughout the week include people on the margins, women and children in need and on 4 March a general prayer for the nation. Interserve says “India is globally recognised for three things: high poverty, high population and high corruption. Presently, India is going through a lot of changes and turmoil, both from within and from forces outside. Please pray for our nation." On Sunday 6 March the agency celebrates Global Mission Sunday by praying for churches and institutions.