Have mission agencies adapted to the new realities? 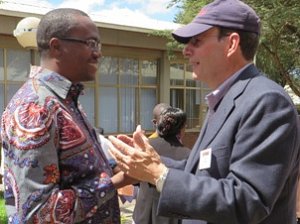 The old ‘from the West to the rest’ model has given way to mission ‘from anywhere to everywhere.’ This is the scene set by Eldon Porter in a recent article for OMF International. There has been explosive growth in the majority world church, which is finding its own expressions of worship, community and mission and, ‘working in partnership is the norm.’ The global diaspora movement is a growing phenomenon, requiring a greater level of collaboration between agencies for effective ministry. An example, writes Porter, is provided by churches in Finland and Kenya partnering with an international mission agency reaching Somalis.

In a complex world of multidirectional mission, the role of networks is becoming increasingly important: ‘Networks are perhaps the most strategic tool available to facilitate global engagement and collaboration. They are becoming recognized as the best platform from which to provide leadership and the best space or context that enables global engagement.’ Porter also underlines the importance of collaboration, where two or more bodies pool their resources to achieve a result which they could not manage alone. Agencies are advised to prioritise relationship-building and networks, ‘provide the environment in which an agency can strategically develop and even promote their cause on a broader scale than just within their agency.’

Faith2Share includes 38 mission movements from around the world and is committed to collaboration for effective disciple-making.