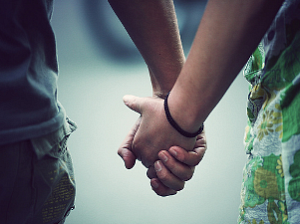 A member of Faith2Share member movement Mahabba Network International writes, "I was visiting with a family of Syrian refugees who had come to the UK on the government’s Vulnerable Persons Resettlement Scheme from refugee camps in the Middle East. They were one of the first refugee families in our area, helping those who came after them to settle. In the process, they’ve become central figures in the resettled community. Many local Mahabba members have helped them along the way with driving lessons, English lessons and furniture. I’m trying to learn Arabic from them.

"Last week, the husband and son were on their way out when the mum, my Arabic teacher, said I should practise my new vocabulary and ask them where they’re going.

The response was, ila l-kanisa, which means, 'to the church'. I asked surprised. 'Why are you going to church?'. 'Because my friend invited me', was the simple response.

Dad picked up the keys and off they went, just like any other parent ferrying children to activities. I was struck by the familiarity and simplicity of the scene – this Muslim boy is going to church because he had been invited.

So often we are hamstrung by questions about the proper way to introduce our Muslim friends to Christ: 'What if I say the wrong thing? What if we serve the wrong food? What if…' Whoever this boy’s friend is, he gave me a valuable lesson that night. Just do it!