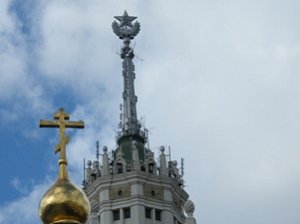 The Russian State Parliament has passed a law which places broad limitations on missionary work, including preaching, teaching and engaging in any activity designed to attract people to a religious group, and this law is already considered to be the most restrictive in post-Soviet history. It is not possible now to share faith without a government's permit and outside the walls of the registered churches and other religious sites. The restrictions even apply to activity in private homes and online. The law is worded in such a way that any religious activity (including public witness of Russian Orthodox) could be subject to government's scrutiny but it has affected the most Russia's Protestant minority. There is a full briefing from Forum 18 here and a useful statement from Eurasia here.