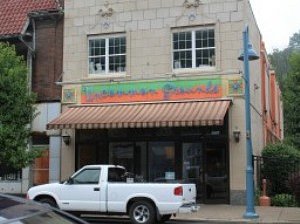 The John’s* frustration was evident as he told his side of the story at the Uncommon Grounds café in Pennsylvania, writes Herb Bailey. He had used force against his girlfriend in a way he knew was wrong and had been put on probation. As he spoke, John calmed down and Bailey began to go beyond judging to understanding him – John’s lack of a role model in childhood but his desire to do better for his own children.

Bailey met John weekly for a couple of months and, at one point, John asked if he could borrow money to keep the lights on at home. Bailey’s policy is not to lend money but on this occasion he felt the Lord say, ‘Yes’. He was amazed when John later offered to pay back the money! Instead, Bailey suggested a community service project.

A month later, Bailey saw his new friend dressed smartly on his way to work with a huge smile on his face. John is now taking his children to church, spending time with them, and demonstrating the value of honest work.

Original story from the Anglican Church in North America. Also posted on SAMS USA website. SAMS USA is a member of Faith2Share.