What Value A Life? 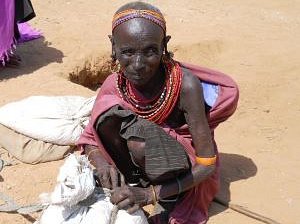 On a sunny Wednesday afternoon in March, three members of the public and one policeman were killed in Westminster, London. At almost exactly the same time 237 people, most believed to be civilians, died when the US-led coallition bombed a building in al-Jadida, a western suburb of Mosul, and neighbouring areas, in Iraq. The number of people who died of starvation and drought in East Africa and from conflict in South Sudan and DR Congo on that Wednesday is not recorded. Why, I found myself wondering, was my TV showing 24 hour rolling news of deserted streets in Westminster but no mention of Mosul, Jonglei, or Bunia. Do we just have to accept that some lives more important than others? That was not what I recalled reading in the Christian scriptures. One of the great privileges we have as part of the Faith2Share network is to be connected to ALL God's people and to share the pain of each of His daughters and sons. That pain could destroy us if it were not for the hope that God has placed in our hearts - the hope of the One whose life was destroyed by evil men (yes it was men) and who today reigns in glory at the right hand of the Father. My prayer for us all is that the hope of Easter will give us the strength to sit with those who cry in pain in Iraq, South Sudan, DR Congo, Kenya, Westminster and even the hidden places of our world. Why not take a moment today to sit quietly and feel this pain and then offer it to the Risen Lord?