A Borehole and a breakthrough 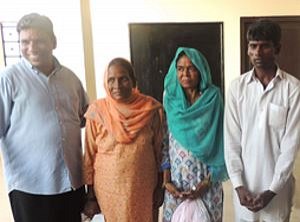 The ministry team had completed a borehole several months earlier. As a result, attitudes in the village changed towards local Christians. Persecution decreased, church members had more opportunities to share their story and a large number of people came to church.

N* had been practising witchcraft and people travelled long distances for his occult services. His house had become a kind of temple, filled with idols. N* commanded considerable supernatural power.

A group of Christians from the village visited N* in his house and he subsequently found he had lost his supernatural powers. Finding he was no longer able to perform sorcery, people stopped visiting him. N* decided he simply had to discover what had happened and visited the Christians to ask about their faith. N* and his entire family put their faith in the Lord and he was recently baptised. He is now bringing people from his network to the village church, leading to community transformation.