A Bright Light and A Little Girl 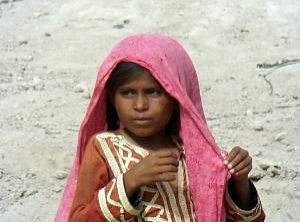 R* lives in a rural village in northern India, where he runs a small shop. He wanted to know the one, true God. He went to many temples, mosques and other religious places in search of the living God. But he never found Him, nor did he find satisfaction in his spirit. He had a dream of a shining light appeared in his room saying, ‘I am the way, the truth and the life.’ The light disappeared and he awoke from the dream. Even then the sound was still resonating in his room but he could not understand anything.

The next day a young girl visited his shop and told him about her life-changing testimony of how Jesus had healed and transformed her. She also gave him a copy of the New Testament. He was very touched by her story and started to read the New Testament regularly. Then when he read John 14:6 he immediately remembered the dream and found the answer to his question. That search led him to our church and he accepted the Lord as his Saviour. He searched for the girl who had given him the New Testament but could not find her. Now his entire family has accepted the Lord.