Bitten by a cobra 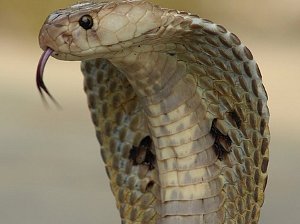 P*, from an illiterate and very poor family in Bihar, India, followed folk religion including witchcraft.

One day she was suffering from a high fever, so she went to witchdoctors for healing. But there was no improvement, and the fever continued for several days. A local pastor then visited her house and told her about Jesus Christ. The pastor asked her to remove the religious amulet she was wearing and believe in the Lord Jesus Christ. She removed it immediately. The pastor prayed for her and, from that day onwards, her health was restored. She accepted Christ and later got baptised. Sometime later a house church was started in her home.

After she came to Christian faith and was baptised, she was verbally abused by family members, who made vulgar and insulting comments. They also threatened P* with expulsion from her from the village. They wouldn’t even allow her to take water from the public well. However, she did not give up her faith in the Lord Jesus Christ.

Early one morning, three months after becoming a believer, P* went into the jungle with her neighbour to collect firewood for cooking. While she was pulling wood out of a bush, a cobra suddenly struck, biting her on the foot.. She started screaming and called for help, but soon fell unconscious. People nearby came and brought her home, where all the believers gathered. Her family members, her husband, and some of the other non-believers suggested she be taken to a witchdoctor but the believers started to pray for her. Over the next hour, P* slowly regained consciousness yet the believers did not stop praying, continuing for more than two hours. P* gradually returned to full health. The poison had gone and she started to talk to those around her. People who had opposed her faith became believers when they saw what had happened.

Her husband was baptised just one week later, and the whole family now follows the Christian faith. After witnessing this miracle, the people in P*'s village are less hostile towards the gospel.