Growing the Next Generation in Tanzania 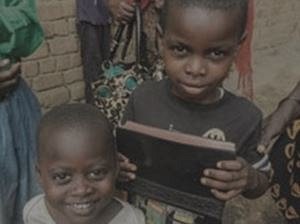 With almost half a billion children in Africa, the future of the African church is dependent upon teaching the gospel faithfully to this generation. Andy Bennet of Faith2Share member CMS Australia is involved in an exciting initiative to teach the Bible to thousands of secondary students in Tanzania.

Half the population of Tanzania is under the age of fifteen. Christianity is growing but there is an urgent need for faithful Bible teaching. Young Tanzanians are increasingly influenced by secularism and misguided doctrine.

When Andy Bennet was asked to set up a Bible knowledge programme for 100 secondary schools across an area the size of Rwanda, he felt out of his depth and yet, ‘I clung to the fact that if God had got me into this, then he must have a plan.’ The next few months were frantic as Andy made arrangements to deliver a curriculum to 2,000 students in schools hundreds of kilometres away!

Bible knowledge had been an optional subject in Tanzanian secondary schools and hundreds of thousands of students missed out because of a lack of training and resources. Andy’s programme involves 80 minutes per week, 40 weeks per year and is paid for by the government. The course simply requires promotion to Christian teachers and the provision of texbooks (at a cost of $500 per school).

Andy has now published a textbook and anticipates that the number of students completing this subject will double this year to 4,000. ‘If there were just a few more people to coordinate this,’ says Andy, ‘we could spread the course across Tanzania in hundreds, and possibly thousands of schools.’