International Provision Through a Basket of Vegetables 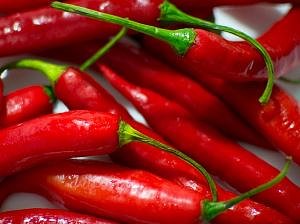 A couple from a poor Mexican context work for a Faith2Share member in the Middle East. Recently, they were worried about their supervisor’s visit because they lacked the money to show him around properly. Out of the blue they received a mobile phone message, ‘Check your bank account’. They were amazed to find a deposit which exactly covered their needs. God’s provision had come about through humbling sacrifice thousands of miles away. God had spoken to an old woman scraping a living by selling vegetables in the poorest part of Mexico: ‘Give your basket of vegetables to support the couple ministering in Turkey.’ At first, people refused to take her vegetables, saying that she needed them to survive. But the old woman insisted because she knew God had spoken to her. And so a Mexican missionary couple in the Middle East received the funds they needed and also learned a profound lesson about God's provision.

Amidst the complexity and challenges of modern mission, it is encouraging to remember that God cares for His people and is capable of providing in wonderful ways. 'Look at the birds of the air; they do not sow or reap or store away in barns, and yet your heavenly Father feeds them. Are you not much more valuable than they?' (Matthew 6:26).