New hope for children at risk 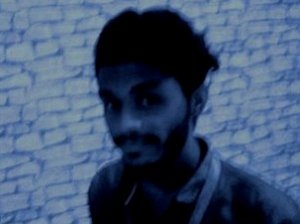 Can you imagine how the parents must have felt when their children had been trafficked?

Akhil had already been trafficked once. At the age of 15, he had left with an uncle to work in a bag factory in a distant city. He had been locked in a factory, expected to work 12-14 hour days, not fed enough and had suffered beatings. After 6 months, he had escaped without being paid a single penny for all his work.

Unfortunately, his mother still had no money. The New Zealand CMS team were concerned that she would not be able to provide for and feed her three boys.

The aim of New Zealand CMS is to raise awareness of children at risk. They work across many vulnerable communities that struggle with poverty and all that comes with it: lack of access to safe drinking water, education and peaceful communities. Wells have been dug to provide water for people to grow their crops and seed has been planted.

Children are given the opportunity to talk about their hopes and dreams for the future. They are taught how to make the right decisions in order to keep themselves and their friends safe from trafficking. They make children aware of the tactics used by traffickers who sell their victims as slaves to factories or brothels.

The New Zealand CMS team provided Akhil’s mother with £95.47 to open a small shop. The boys were offered tuition costs once they enrolled in school. They also started a sustainable income generating project.

If we can make a difference for one child, then that difference is certainly very worth it!