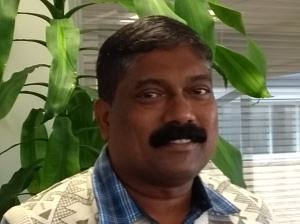 Paul was from a non-Christian family but, when his schoolteacher explained the basics of the Christian faith, he was struck by Jesus Christ’s forgiveness for those who crucified Him. This lesson, given by a nominal Christian as part of a history course, was the beginning of an amazing journey of faith. Jesus was not threatening or unpredictable; rather, He was loving and polite.

As Paul pondered what he was learning about the God of Jesus Christ, he decided to engage in a prayer exercise. He asked God to prove Himself by cancelling his teacher’s sick leave. Sure enough, the teacher was at school the next day and explained that her husband had persuaded her not to take leave at that time.

God used Paul’s schooling once more when his teacher scolded another student by pointing to the Bible and saying, ‘I read this whole book every year and you can’t even revise a short passage for a test!’ Still only 12 years old, Paul resolved that he must read this Bible for himself.

At first, he laboured over a King James Version of the Bible, even though he lacked a basic knowledge of English. Paul requested a Bible in his own language from a Christian organisation but they replied that he must pay 15 rupees – at that time a great deal of money. Paul saved money and, in the meantime, was given a Gideon’s New Testament in his own language. He devoured it in 3 weeks. When he had saved up 15 rupees, he sent off his savings in an envelope. Surprisingly, the coins reached their destination and the schoolboy finally received his very own Bible, which he proceeded to read but without much understanding of its message.

When Paul was 14, his teacher asked any religious minority students to raise their hands. He was amongst the students who identified themselves. His teacher told him, ‘I know your family. You aren’t a Christian. Put down your hand!’ However, Paul stood to his feet and insisted that he read the Bible and followed Jesus. After this incident, Paul had his first opportunity to share his faith when his fellow students asked him to explain what he had said.

Paul started at university, following a course of engineering studies. While there he joined prayer groups run by the International Fellowship of Evangelical Students (IFES). He was soon asked to lead Bible studies, even though he was only a first year student. God used Paul, along with some other students, to start many student prayer groups in the region. In the final year of his studies, he made a commitment to serve the Lord through full-time Christian ministry.

Moving back to live with his family, Paul wondered how to share his faith with them. He wanted to show the traditional deference and respect to his parents but he also wanted to be a witness to Christ. Reflecting that his father was an avid reader, Paul placed Christian magazines amongst the piles of newspapers. He also played Christian music set to the traditional style his parents enjoyed. One-by-one his family came to faith. Paul started a prayer group in his house. 17 years later, this prayer group has grown into a significant mission movement - Mahanaim Ministries – and, with Paul as its Director, it is now active in 72 mission locations. Mahanaim is a valued member of Faith2Share and we are delighted Paul will be joining us for the Global Leadership Consultation in Chiang Mai (5-12 October 2017).