The witness of Christian character 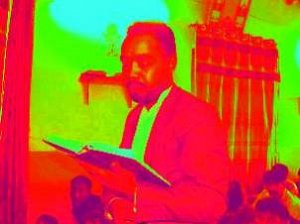 The following story was told recently by Global Teams, a member agency of Faith2Share who support Christian leaders coming from other faith backgrounds. "Adam is a clan leader in the B tribe [in South-east Asia]. Born into a Muslim family, his father sent him to live with local Christian missionaries as a boy to study English. The missionary told Adam's father that he would also teach Adam his faith, along with English, and the father agreed. Adam put his faith in Jesus and chose to remain in his Muslim community as a disciple of Christ, one of the first in this people group. Because of his integrity, care for others, and passion to share the good news of Jesus, he found favour with the leader of his tribe. When the tribal leader was on his deathbed, he named Adam as his successor, rather than one of his own biological sons. God’s favour and anointing has been evident on Adam’s life, and he has been an integral part of one of the largest movements of Christ-followers among Muslim people worldwide. He has stayed true to the Word of God bringing honour to his people and culture. In the seven years [we] have known him, he has faced serious persecution including imprisonment and torture. He almost froze to death (as one of his teammates did) navigating mountains to deliver aid to earthquake victims. He loves Jesus and has committed to spend his life helping the poor and speaking out for justice." Faith2Share is committed to supporting leaders like Adam through our member agencies.