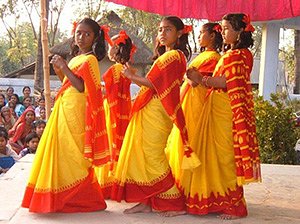 The theme for the opening day of the main Bangalore Leadership Consultation 2016 is the mission context of India and the growth of Indian mission movements. We thank God for all our members and partners in India and give special thanks for FMPB’s Vijay Isaac, our Asia coordinator and Rev John Wesley, our Indian trustee. John was general secretary of IEM until December 2015 (see below).

The year 2015 was a landmark year for the Indian Evangelical Mission (IEM) as the mission agency celebrated its 50th anniversary - with lots of prayer, celebrations and new initiatives. In January 1965, the Evangelical Fellowship of India (EFI) was holding its national convention at Devlali in Maharashtra. During this convention, the executive committee of EFI decided to revive the missionary enterprise. And so the Indian Evangelical Mission (IEM) was born. Rev Dr Theodore Williams was its founder General Secretary. With one missionary, a few hundred rupees and a bicycle, this faith mission grew. Today the IEM family has 580 missionaries and many office staff.

Rev Dr Raja Singh Elias is the current general secretary of IEM. Its mission is to take the Gospel of Jesus Christ to the unevangelised areas in India and abroad and to plant churches among unreached people. IEM’s goal is a church among every people group and the gospel to every person. It also aims to challenge Indian Christians to realise their responsibility for world evangelisation and to recognise their partnership with other Christians in the world in fulfilling their task.

Enter his gates with thanksgiving and his courts with praise; give thanks to him and praise his name. For the Lord is good and his love endures forever; his faithfulness continues through all generations.
Psalm 100:4,5