South Sudan slips back into war 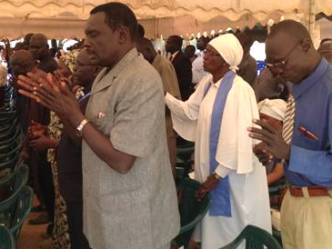 Despite bold hopes for peace in South Sudan it appears as if full scale war has once again broken out in Africa's newest nation, South Sudan. International news sources are reporting three days of hostilities between forces loyal to the President Salva Kiir and those supporting the Vice-President and other breakaway factions. The main fighting has been in and around Juba and has involved small arms fire, tanks and helicopter gunships. A local radio station, Radio Tamazuj, put the number of deaths on Sunday 11 July at 146, in addition to the 200 known to have died on Friday. The BBC are reporting rival claims from the President and his Vice-President opponent as to who started this current conflict but it comes following a breakdown of the latest peace deal which was signed last August.

Leaders of the South Sudan Council of Churches (SSCC) have called on the top leadership in the country to restrain their forces and stop fighting from escalating further. Their statement, issued on Saturday, says, "We, the leaders of the Church in South Sudan, are extremely disturbed about the fatal shootings which occurred in Juba on the evenings of 7th and 8th July 2016 and the morning of 10th July. We make no judgement as to how or why they occurred, nor who is to blame, but we note with concern that there have been a number of incidents recently, and that tension is increasing. ... We condemn all acts of violence without exception. The time for carrying and using weapons has ended; now is the time to build a peaceful nation."

Faith2Share is calling for urgent prayer for peace in South Sudan.