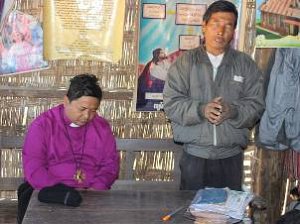 New peace talks between Myanmar’s government and armed ethnic groups present the prospect of an end to decades of conflict. At the opening of the conference Aung San Suu Kyi underlined the importance of national unity and reconciliation for sustained development. Pastor David, a Faith2Share member in Myanmar, said that this is the most important Union Peace Conference and is crucial for the establishment of peace in his country. Since Myanmar gained independence from Britain in 1948 more than 130,000 people have died in conflict between many different ethnic groups. Most of the groups are attending the talks and representatives of Myanmar’s influential military forces will also take part. While the ethnic groups are hoping for a more federal state structure, the military is likely to oppose this. Pastor David asks that we join the Christians of Myanmar in praying that the talks would succeed despite the many obstacles.